Migrate from Virtualbox to KVM

Some days ago I decided to migrate some of my Oracle Virtualbox test VM on a KVM server.

Why? easy, KVM\QEMU is better Oracle Virtualbox for a lot of reason. Probably this link will be enough to convince you.

So we have to converto VDI images into somethink KVM can read. I used a simple ".RAW" images. This step is easy, and you can find tons of post online:
http://blog.bodhizazen.net/linux/convert-virtualbox-vdi-to-kvm-qcow/
http://xpapad.wordpress.com/2010/02/21/migrating-from-virtualbox-to-vmware-in-linux/
http://www.dedoimedo.com/computers/virtualbox-convert.html
http://kevin.deldycke.com/2007/04/how-to-grow-any-qemu-system-image/

Edit 16/12/12: Anyway this will make a .RAW as big as the dimension assigned to your virtual hard drive.

I started with my VirtualBox VM Debian6 test server, where I usually try new stuff before put it on a real PC or anyway in the main VM.
Convert the hard drive from VDI to RAW, I used the RAW image inside a KVM VM and everything worked fine.

Windows XP:
After conver the VDI image and put the RAW inside a KVM VM i had this issue:

This blue screen arrived at the first second third and ALL boot after the conversion....
I searched and I found something.
Talking on IRC I realized the problem was the hard drive controller.
What we have to do? touch a bit WinXp registry... how to do it easily?
I found 2 solutions: 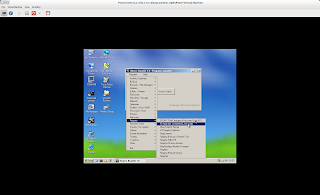 I found another problem, something I really though I wasn't to solve it fast, read a lot of stuff, like reinstall windows over the existing one or make a brand new VM.
I didn't want! so I pass more time searching than the time I needed to reinstall windows! But I Found it 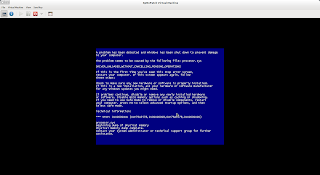 So what happened? I haven't only moved my VM from Virtualbox to KVM on the same machine but I moved it from an AMD Athlon x2 to two different PC (to test) an AMD phenon x6 and Intel SB i5. On the AMD I haven't had this problem, but on the Intel I had! So I had problem because the processor type isn't the same.

And here we are! true you won't have reconized the CPU on hardware manager on Windows, but who care it's Windows! :D